Two mothers from two different countries share a similar story: a 10 year long journey to  find a diagnosis for their sons. Early photographs of their sons uploaded to Face2Gene indicated a high match with the syndromes they were later diagnosed with. 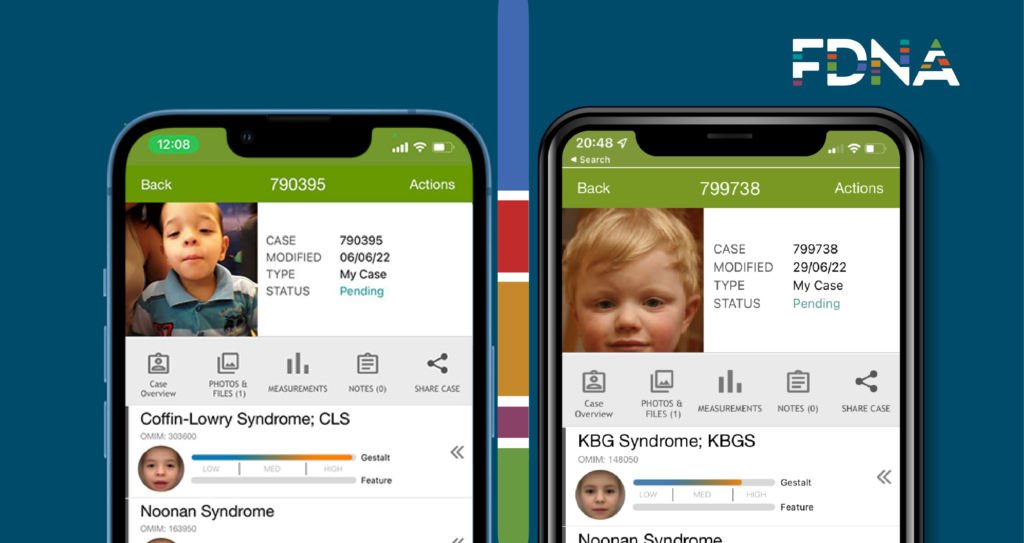 Nicolas (left) and Bug (right) 3-year-old portraits match on Face2Gene to their eventual diagnosis. This would have made a world of difference for an earlier diagnosis.

Maria Rayane lives in Brazil. Annette Maughan is from the US. They both have sons – Nicolas and Glenn “Bug” – both were diagnosed with a rare genetic syndrome. The boys started to show the first signs of their rare genetic syndromes at the age of 3. In Nicola’s case, it was a developmental delay. For Bug, it was a seizure. They finally got the answers they were looking for, only when the boys were 13 years’ old.

Nicolas discovered that he has Coffin-Lowry Syndrome, an X-linked neurodevelopmental condition caused by mutation in RPS6KA3 gene. See his full story here.

Bug found out he has KBG Syndrome – a syndrome caused by a mutation of the ANKRD11 gene and associated with a spectrum of challenges, including developmental delays, cognitive disabilities, behavioural disorders, autism, seizures, hearing loss, skeletal anomalies, heart complications and gastrointestinal problems. Read about Annette’s testimonial here.

FDNA is working hard with clinicians and foundations around the world to help them detect rare genetic diseases early. Want to know more or have a demo? Contact us

Want to know more about KBG Syndrome? Reach out the KBG Foundation ,a 501(c)(3) nonprofit organization, dedicated to providing support, assisting in research programs and advocating to raise awareness about KBG Syndrome.

A mother’s heart knows: Nicolas’ ten-year journey to a diagnosis

For ten years Maria Rayane knew something was not right with her son Nicolas. She was told by different specialists Read more

A Diagnostic Odyssey: It took almost 10 years for Glenn “Bug” Maughan’s family to find out he had KBG Syndrome

“When you know, when it has a name, even if it doesn’t have a cure, you can find a new Read more