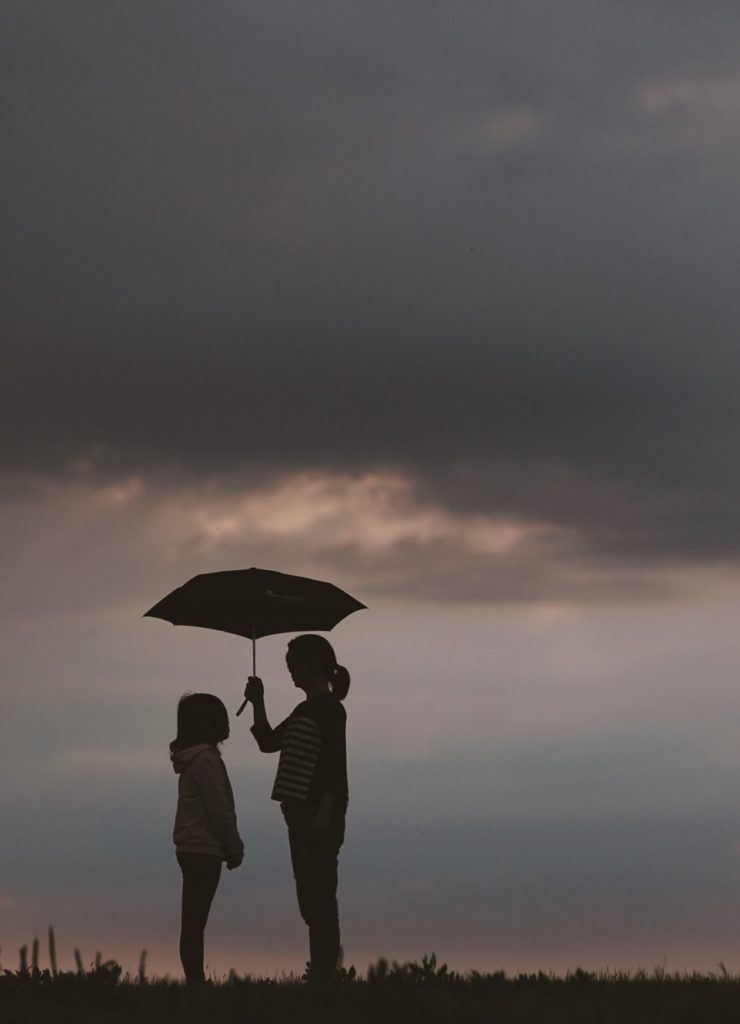 Change in healthcare comes in many forms. Some say it’s legislature. Some say it’s technology. Some will cite time and patience–but those with an inside view on rare disease advocacy know that the driving force behind change usually comes in the shape of a mother who has just been told her child’s life will never be a healthy one.

At the Genomics Collaborative, we know that designing the future of health takes more than just great technology and innovation, it takes people with passion and these moms have it in spades.

There is a strong community of healthcare advocates working on projects in diagnostic dilemmas, legislative issues, care and support resources, and awareness. The backbone of this community is led by parents on a mission, unrelenting in their fight to ensure that other children won’t have to struggle as theirs have had to.

Today we’re recognizing just a few advocacy warriors in a collection of many who are making change for patients and families everywhere.

In part one of our two-part series, meet five “Mom’s on a Mission” for rare and undiagnosed disease. 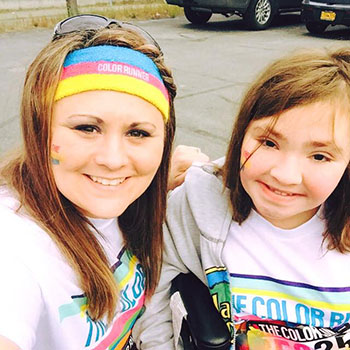 Mission: Following her daughter’s diagnosis, Rene King observed a lack of resources and awareness surrounding Kabuki Syndrome. After connecting with other parents, she launched All Things Kabuki to raise awareness and provide support to other families navigating life with the rare condition. The organization hosts conferences, manages online support groups, shares educational resources in multiple languages, and currently is working with major research institutions and FDNA’s Genomics Collaborative to learn more about the condition.

Learn more about her work here: https://www.allthingskabuki.org/home and on Facebook. 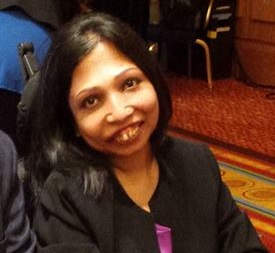 Rare Connection: Patient and parent of two boys with Jansen’s Metaphyseal Chondrodysplasia. Dr. Nizar became the Founder and Executive Director of The Jansen’s Foundation, a non-profit which seeks to find a cure for the rare, progressive form of skeletal dysplasia. A cure for Jansen’s could potentially unlock cures for osteoporosis, osteoarthritis and hypercalcemia-related diseases.

Mission: Named 2018’s Nebraska Mother of the Year, Dr. Nizar’s efforts to find a cure for her son’s and children with rare diseases like them has been her primary focus for the last several years. She and husband, Adam, flew their boys around the world searching for experts in the muscular-skeletal development. Today she works alongside Harvard researchers, NIH and the FDA to bring about the first ever treatment for Jansen’s Disease. She collaborates with multiple organizations, writes for publications like The Mighty, and continues to fight for the highest quality of life for her sons.

Learn more about her work here: https://www.thejansensfoundation.org & on twitter. 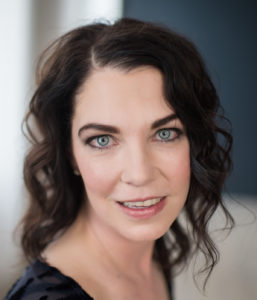 Rare Connection: An undiagnosed patient and mother of three undiagnosed children, Szajnuk is the Co-Founder and Executive Director of RUN (Rare and Undiagnosed Network)

Mission: Szajnuk broke through impossible barriers to secure multiple rounds of genetic sequencing for her entire family to try to solve the mystery. When they failed to pinpoint a gene, Szajnuk had to brainstorm ways for her family to live with this “new normal” while still actively pursuing more testing. She founded RUN (Rare and Undiagnosed Network) a non-profit that provides resources for undiagnosed patients and seeks to raise awareness about the many medical mysteries out there that remain unsolved.

Learn more about her work here: https://rareundiagnosed.org and on twitter. 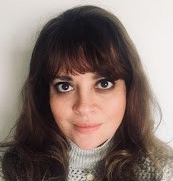 Rare Connection: Parent to a rare and chronically ill daughter, Lord has been involved in numerous advocacy efforts in resources, research, legislation and community events.

Mission: Since her daughter’s rare disease diagnosis in 2009, Eden Lord has been an active advocate in rare disease awareness and legislation. She has lobbied in her district and in DC for RDLA lobby days, served as the Kansas state chair for the CARES foundation, attended the Global Genes conference, and successfully lobbied for the administration of patient-carried meds in Kansas and Missouri. She has organized rare disease week awareness events in Topeka with NORD, and she is the Executive Director for the Cambria Lord Foundation. She is the Co-Founder of My City Med, along with her husband Jeff, and the creator of the first entirely virtual rare disease conference, The Rare Fair.

Learn more about her work here:  www.therarefair.com http://cambrialordfoundation.org and on twitter. 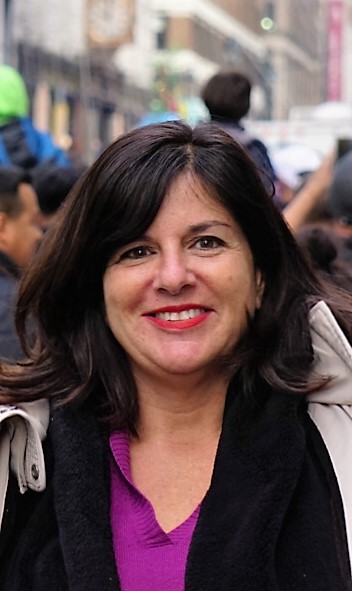 Rare Connection: A patient and parent to a rare and undiagnosed daughter, Levy created the show Behind the Mystery which shines a light on rare and genetic conditions through educational programming on Lifetime TV.

Mission: Levy hopes to bring mainstream attention to rare conditions in an effort to improve awareness among undiagnosed patients and enlighten the communities surrounding diagnosed patients on what a diagnosis, treatment, and daily life looks like for these patients. She hosts the Rare Talk discussion group on LinkedIn and was named one of Global Genes 2013 Rare Champions of Hope.

Learn more about her work here: https://thebalancingact.com/category/behind-the-mystery/ and on LinkedIn.

Moms on a Mission for Rare Disease Advocacy

Today is World Rare Disease Day 2018. At FDNA, we recognize that one day is simply not enough time to Read more

Photo from the National Foundation for Ectodermal Dysplasias (NFED) website. FDNA focused on skin disorders in December for the Year of Read more

Genetic sequencing is becoming a more popular diagnostic tool; however, even with all the advancements, it only reaches a diagnosis Read more

Skeletal Dysplasia Discoveries in the Year of Discovery

Craniosynostoses and Craniofacial Conditions Discoveries in the Year of Discovery

Seizure and Epilepsy-related Disorders Discoveries in the Year of Discovery

November Discoveries – Seizure and Epilepsy-related Conditions As a part of FDNA’s Year of Discovery, FDNA collaborated with the C.U.R.E: Read more

Baraitser-Winter Syndrome Facial Analysis Discoveries in the Year of Discovery

Lissencephalies and Other Brain Malformations FDNA collaborated with the American Brain Foundation, sponsored by Fabric Genomics, to promote awareness of Read more

Marfan Syndrome Facial Analysis Discoveries in the Year of Discovery

“Morgan is so expressive. She smiles and she lights up the room. She just loves watching what’s happening and Read more

Disorder: The Rare Disease Film Festival will be held October 2 & 3, 2017 in Boston, MA. This is a new event Read more

Izzy’s Journey with 22q and CHD

FDNA focused on congenital heart defect syndromes, aortopathies and other inherited heart conditions in July for the Year of Discovery. We are uniting Read more

Spotlight on Inherited Heart Conditions for the Year of Discovery

FDNA highlights inherited heart conditions in July for the Year of Discovery. We are uniting healthcare, advocacy and technology for rare Read more

Facial Analysis Discoveries for CHARGE Syndrome in the Year of Discovery

The performance of FDNA’s facial analysis technology, Face2Gene, was recently put up to the challenge of recognizing facial features of Read more

FDNA highlights eye disorders in June for the Year of Discovery. We are uniting healthcare, advocacy and technology for rare disease Read more

Special thanks to Kathy Eby for sharing her daughters’ journeys and for co-authoring this post. Read her article on “Why Read more

In May, FDNA reached out to clinicians and patients globally as part of the Year of Discovery to collect and Read more